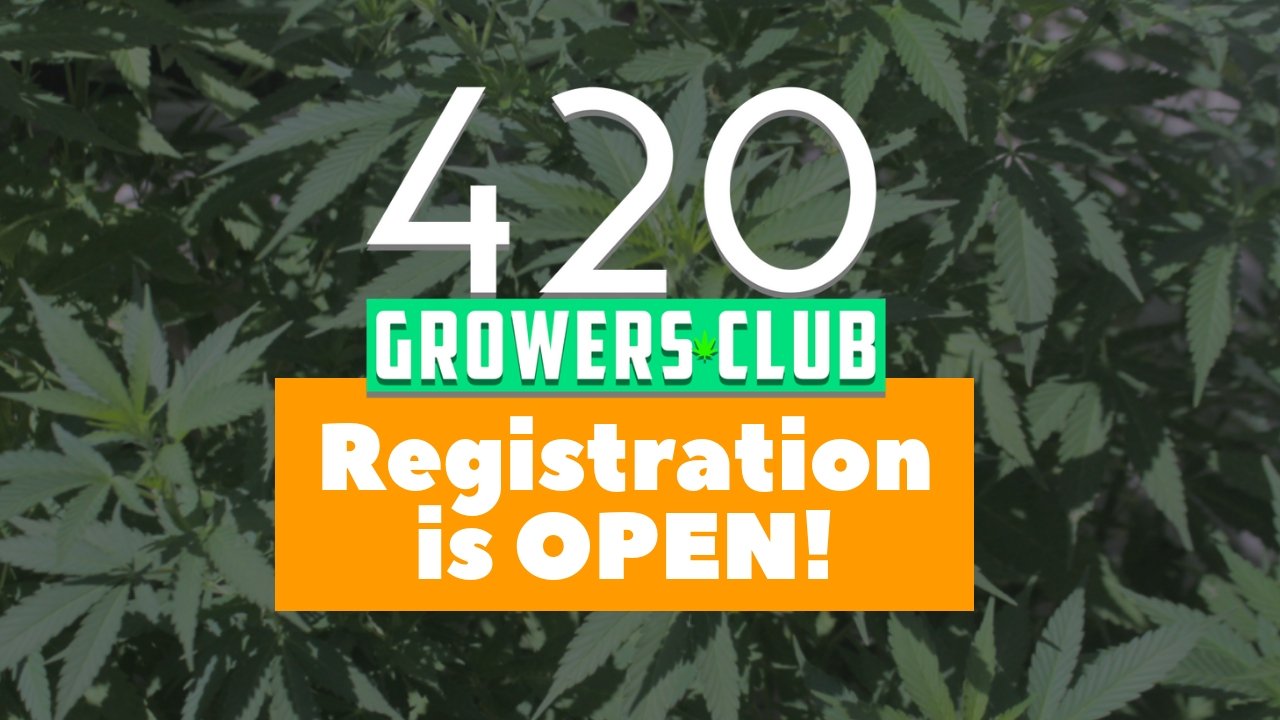 It’s official…registration for the 420 Growers Club is now open!

The information and tools packed into this club are exactly what you need to get your garden yielding you some dank buds on a regular basis without wasting time and money in the process.

A quick backstory on why I created the 420 Growers Club…

When I first started growing my own Cannabis (legally) I was 18 and just had gotten a medical Cannabis card here in my home state of Michigan.

There were only a handful of dispensaries in the state, 0 in my area, so the black market was my only other option. At that time people were taking “donations” of $70 or more for a quarter, and I smoke that in a day or two if I’m being conservative.

My past experience growing Cannabis outside was always pretty easy for me, so I assumed indoor gardening would be easy too…which is true if you’re cool with some bunk herb for a large investment…

Now, I taught myself how to do almost everything that I do within my businesses – from designing websites like the one you’re on right now to making the videos you’ve seen on Cannabis Lifestyle TV, I’ve been able to learn most of it from YouTube, online courses, books, etc.

So my first thought was to jump right on my computer and start watching some YouTube videos, then maybe look for some courses to learn how to grow Cannabis at home.

After hours and hours of watching lengthy videos on YouTube and not finding shit for courses other than various “universities” that offer some kind of certificate for commercial growers, I decided it was time to get some tried and true knowledge from one of these famous “grower’s bibles”.

Great investment for sure, but I think I might have ADD or something because I could not stay focused on all of the information that was presented.

I’d just take notes that would wind up confusing me and slowed down my progression in the long run.

Some people might be good with information overload, but I just wanted a direct guide to get my garden going so I’d be able to grow some great bud for myself as well as family and friends.

At that point, I was getting frustrated with the lack of action I was taking so I said, “fuck it, I’m all in”.

So I headed to the local grow store to get the equipment and start my garden.

This is where I hit a new hurdle…WTF DO I NEED?

Well, I knew I wasn’t experienced with growing hydroponics so I walked right past the hydro stuff since I wanted to just get started and get to the green without more learning curve.

So I went to the soil area, which had a dozen or more brands to choose from.

Which one do I pick? And why?

The guy running the grow store was pretty knowledgeable, but my ego was too big then to even consider sounding like a rookie. That’s how ignorance turns into stupidity.

So I quickly Google’d, “what’s the best soil for Cannabis” and damn was that a mistake. I stood in the store for at least 20 minutes reading opinions in various forums just to wind up even more unsure of my choice than I was before I walked in the store. I just grabbed a bag that was close to me and moved on.

Then it was on to the lighting…what kind do I use?

Well, my logic said, “bigger number, bigger yield duh”. So I went with two 1000 watt lights, ballasts, and hoods. Plus I needed inline fans for the hoods, which my dumbass bought a 6” fan for my 8” hoods…Smooth.

Long story not so short, a quick trip to the grow store turned into an all day event with a huge bill to boot. I purchased every single item that I needed for my grow, from seed to harvest, as if I had a bunch of plants ready to go. Rookie mistake, especially if you’re ballin on a budget like I was.

And as it turned out, I even bought some things that I didn’t need, thanks to me not asking dude at the register.

The next day, I found some clones from a local grower. Random genetics of course, since this was like the old days of legal Cannabis in Michigan.

So many growers were selling mislabeled strains, some fire, others bammer weed at $20 or more per clone.

I was fortunate to get some great genetics, thank God, because a lot of people in the area were growing mids and calling it “chronic”. Blew my mind.

Anyways…Everything was going smooth for the first two weeks, I was in my room jamming Bob Marley feeling like a million bucks every night.

The feeling of growing your own Cannabis is amazing, but the feeling of seeing your efforts go to waste can break your will quickly.

One night as my lights came on, I noticed 4 of my plants were looking rough. Just beat down. While the other 8 plants were still green and vibrant, these four had yellowing leaves with purple stems.

I’ve never had chest pains in my life, especially being as young as I was then, but my chest felt like it was locked up and I could barely breathe. All of the money, time, and energy put into these plants and now they’re dying? COME ON MAN!

So I flipped through the grower’s bible to the Cannabis plant stress identification section, which had a dozen photos and even more paragraphs to go along with it. All of which were very informative, but the pictures showed very similar stress so I wasn’t sure what the deal was with my ladies.

Onto the internet I went. Forum after forum, blog post after blog post, I still wasn’t confident the things my plants were showing was the same things I saw in these images. So I took some photos and uploaded them to a forum and a Facebook group.

And then I waited…

And waited some more…

I was on it in a millisecond, “Soil. Do you think it’s root rot?”

“Did you figure it out? I’m having a similar issue”.

I needed an answer sooner than that, so I went back to the grow store, and thankfully the homie Tim (co-owner of the store and one of the instructors in the club) was at the shop.

Within a few minutes of describing my issues and my setup, along with the photos, he was able to diagnose the problem: Nutrient Lockout.

This was likely due to my dumbass buying the wrong nutrients and adding too much to the medium I was using. Had I have gotten some help, I could have avoided the issue from the jump.

Now this is just one example out of a million that myself as well as thousands of others growers have dealt with. The struggle truly is real, but it doesn’t always have to be.

That’s why I decided to create the 420 Growers Club.

The Help That I Wish I had

After years of trial and error, I’ve found what works for me and the other instructors have as well. The amount of time, energy, and money we all spent in the process makes me wish we had something available like this platform when I first got started growing Cannabis indoors.

I’ve been working on this club for over year now, and am beyond excited to finally launch it to the world.

The information and tools packed into the 420 Growers Club are exactly what you need to get your garden yielding you some dank buds on a regular basis without wasting time and money in the process.

If you’re accepted as a member of the club, you get access to the entire platform:

The 420 Growers Club is for people who are legally allowed to grow Cannabis ONLY. If that’s you and you’re ready to become the master of your Cannabis garden, apply now.

Being a lifelong Cannabis advocate, as well as a Digital Marketing Specialist, Rob brings a variety of experience and skills to Cannabis Lifestyle TV.

How to Hide Odor in an Indoor Grow Room

Learn How to Master Your Garden in the 420 Growers Club

Being a lifelong Cannabis advocate, as well as a Digital Marketing Specialist, Rob brings a variety of experience and skills to Cannabis Lifestyle TV. Current Favorite Strain: Headbanger from Karma Genetics Consumer or Grower?: Both

3 Ways to REMOVE CHLORINE From Tap Water For Gardening

STOP STRETCHY STEMS: How to Grow Stronger Seedlings and Clones

Using a Grow Tent? YOU NEED TO KNOW THESE THINGS

Adding CO2 to an Indoor Grow Room to Increase Yields

Bro this is the Gypsy I’m just wanting to know how I can get into the live chats to exchange info directly so that I can become as good at the craft as you and some of the other people I follow like Kyle? 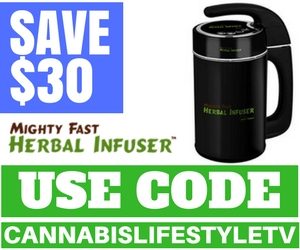 Become a member of our email list to enter to win FREE Cannabis Lifestyle gear and 420 accessories. You’ll also receive exclusive content and discounts from us and brands that work with CLtv.

You're in! Hold on a second though...

No worries, we won't spam you or sell your info.

You have Successfully Subscribed!

We will not spam your email or share your info with any third-parties. Homie don't play that.